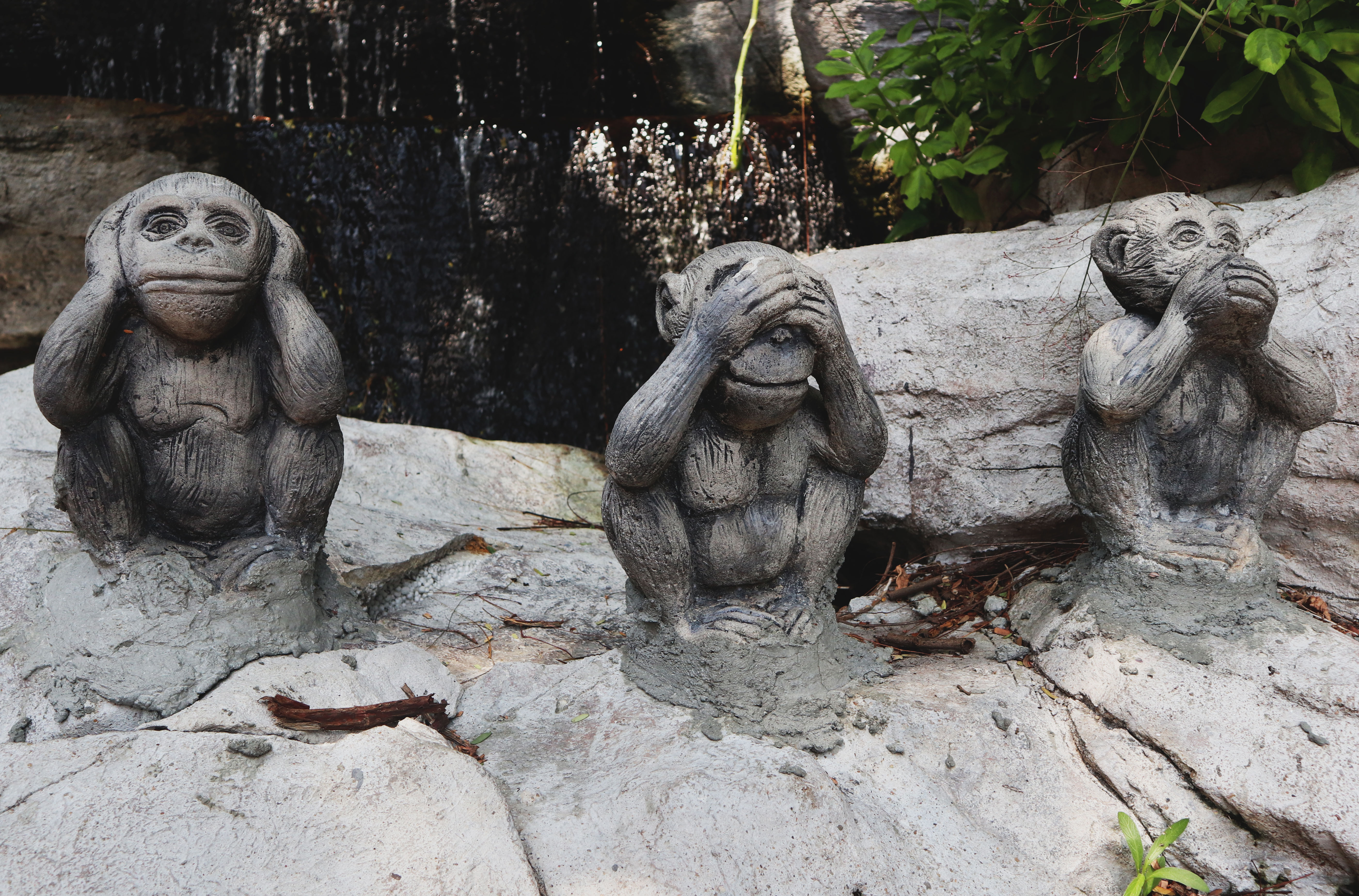 See no evil, hear no evil, speak no evil

At the foot of Wat Saket, which is called Golden Mount as well, you can find these three little monkeys. Everyone knows them from the whats app icons. But do you really know what they mean?
The three monkeys are Mizaru, covering his eyes, who sees no evil, Kikazaru, covering his ears, who hears no evil, and Iwazaru, covering his mouth, who speaks no evil.
Sometimes there is a fourth monkey depicted, Shizaru, who symbolizes the principle of do no evil,
The origin of these monkeys is not clear. It is suggested that the source which populated the monkeys is a 17-century carving over a door in the of the famous Tosho-gu shrine in Nikko in Japan.
Just as there is no total agreement about the origin of the phrase, there are different explanations of the meaning.
In the Buddhist tradition the phrase “See no evil, hear no evil, speak no evil” means to be good in talking, acting and thinking. So people should not have evil thoughts or act evil or talk about evil things.
In the Western word the phrase and the image of the three monkeys refer to a lack of moral responsibility on the part of people who are looking away when the recognize evil actions.